Pioneering technology to deliver the cheapest, small-scale concentrated solar power plants in the world could revolutionise the renewable energy market. 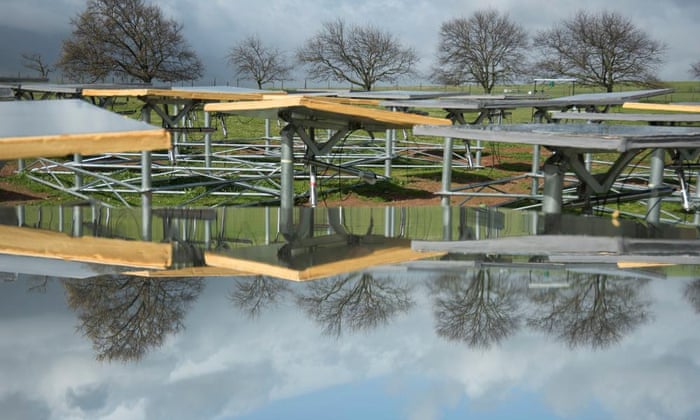 It is a problem that has so far stumped even Google’s brainy engineers – how to generate cheap solar electricity using a small-scale array of mirrors to concentrate the sun’s energy.

Now a team at a South African university – led by a former Intel strategic planner – believes they have cracked it. Once they have completed a prototype system in October they have big plans for rolling out the technology.

The idea behind the design – so-called Concentrated Solar Power or CSP – is simple. A field of mirrors on the ground tracks the sun and concentrates its rays on to a central point which heats up. That heat is converted into electricity.
To read the full Guardian article click here.
Posted by Tara